“Education is not so much filling a bucket as lighting a fire.”— William Butler Yeats

“The program needs to continue if Native American composers are to be heard. This program creates the perfect environment for the musical growth of these talented students.”
— Blair Quamahongnewa, Tuba City Boarding School music teacher

“When we first walked into the room we were a band of highly trained, slightly intimidating classical musicians; after the reading we became a creative tool that had to be shaped into what they (the students) heard in their heads.” — Andrew Bulbrook, Calder Quartet
NACAP 2004 Quartet-in-Residence

Since 1984, the Grand Canyon Music Festival has been dedicated to bringing the world’s finest musicians to Grand Canyon National Park in celebration of the power and beauty of this magnificent World Heritage site. Since 1985, the Festival has extended this gift of music to the students of northern Arizona’s under-served and rural communities, primarily at schools on the Navajo and Hopi Reservations. In 2001, the Festival initiated its Native American Composers Apprentice Project (NACAP) to extend its outreach to training talented Native American students in the art of composition. NACAP develops musical literacy and enhances critical thinking and decision making skills through the study of music composition. It introduces students to European “classical” music techniques, develops their understanding of their own musical heritages and how to use that knowledge to develop their own compositional voices. 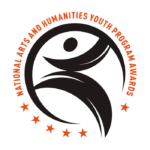